The life of a folk musician in 2017 is something of a nomadic ritual. In search of audiences, you spend huge amounts of time traversing A-roads, B-roads, deserted night motorways lit in murky orange and country lanes lit by nothing at all. It’s time spent thinking, working things out, meandering down half forgotten memory lanes, […]

Wickham Festival is a decade and a half old, so you get the sense it ought to be better known. At the same time, you kinda hope it stays as intimate as currently is. Set on the southwesterly tip of the South Downs, it’s a real gem of a festival – a gorgeous location, an […] 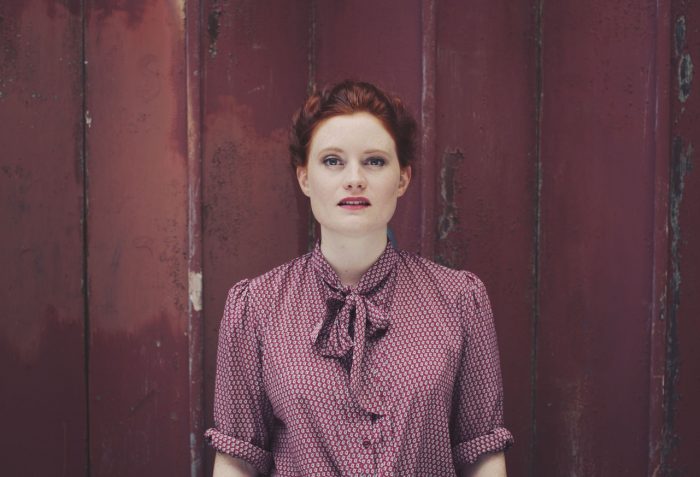 Rosie Hood on folk song collecting in the 21st Century

In the months that I’ve been interviewing folk singers for this blog, one thing that tends to come across perhaps more strongly than anything else is the sense of enthusiasm for the subject. It doesn’t seem as though traditional folk music, in England at least, is something you get into lightly. It becomes a bit […]

Marry Waterson on Bright Phoebus: an album of myth and magic for all the family

The great ‘lost’ folk album, Bright Phoebus, means a huge amount to a lot of people, most of whom assumed that it would remain lost given that its two central figures – Lal and Mike Waterson – have now passed away. But a springtime announcement changed all that when it was revealed that Lal’s daughter, the artist […]

And so, here we are – my second Martin Simpson interview in the space of half a year. Is Grizzly Folk turning into a Martin Simpson fansite, you might wonder? The answer’s no. While I’m amazed as any other guitarist by what the man does, I think both of us would feel a little uneasy […]

Whitchurch, Hampshire and the songs of Henry Lee

One of my preoccupations in recent months has been the relaunch of the Whitchurch Folk Club (which you can find out more about here). I say ‘relaunch’ even though there never has been (to my knowledge) a club of that name. The local folk club that ran regularly throughout the folk revival of the 70s and […]

Every folk fingerpicking guitarist longs to make a raw, naked, warts-and-all album at some point in their career – an album of single takes with zero overdubs that showcases their extraordinary talents, while at the same time worming their way into their listeners’ affections enough to entice them back again and again for the songs […]

Most fans assumed it couldn’t happen, but this morning Marry Waterson announced the re-release of a true classic: Bright Phoebus – Songs by Lal and Mike Waterson will see the light of day once again on August 4th (and can be pre-ordered in a variety of packages here).

There’s a tendency for young(ish) people in the UK to scoff at Morris Dancing, dismissing it as a rather embarrassing pastime better left to the elderly and/or inebriated. Given this unfortunate presumption, it’s surprising to find that it continues to exist – which makes the longevity of the Bampton Morris tradition, and others like it, even […]

When First I Came to Caledonia | Folk from the Attic

Like most modern performers, I think I first heard ‘When First I Came to Caledonia’ sung by Norma Waterson, Martin Carthy and Eliza Carthy on their first Waterson:Carthy album. For years, in fact, it was pretty much the only song I’d return to again and again. The melody is haunting, and given that I was in […]