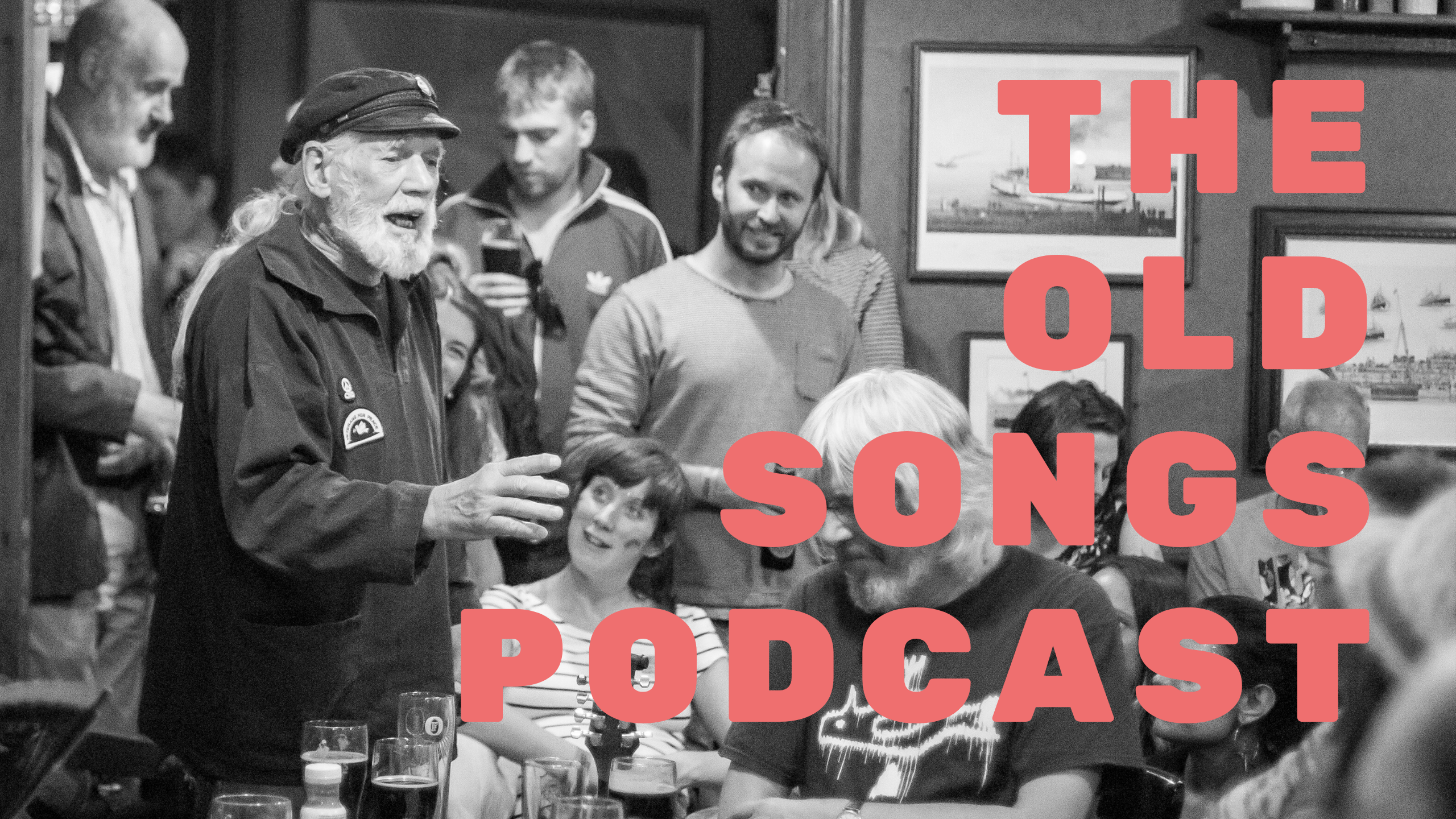 The Old Songs Podcast is also available on other players. Click here to discover where.

What’s this folk music podcast all about?

The idea for The Old Songs folk music podcast came about in this way. When I interviewed world-renowned folk archivist, Steve Roud, back in 2017, we talked about the idea that there’s no such thing as a folk singer, as “folk singers” (or source singers, as we might also know them) weren’t consciously singing folk songs. They were just singing songs they knew and loved. The concept of a traditional singer specialising in traditional songs came later.

That’s obviously a controversial opinion, and we won’t go into it here. However, one thing that struck me and really chimed with my own experience and enjoyment of traditional folk songs was the idea that these old songs are more important than the singer. For a brief moment of time, the singer essentially looks after the traditional song. It has existed before them and will continue to exist after them. For that period, the song comes to stay with the singer and their audience, and then it’s off somewhere else.

Isn’t that lovely? The timelessness and egoless-ness of that concept is something I completely fell in love with, and I know many other singers of traditional song who feel exactly the same way.

Of course, the singer is still important. Their attraction to the song and their interpretation of the song is what allows it to reach larger audiences.

So, the idea for The Old Songs Podcast – essentially a folk music podcast for lovers of great stories and old songs geekery – is to focus on the songs themselves – where they came from, who originally sang them and where they might be heading – but to do so by interviewing some of the current crop of singers to try and get to the bottom of what makes each song special.

At the same time, I hope to introduce new audiences to the world of traditional music. I know through personal experience that it’s a vast and daunting mountain to be stood at the foot of, and if you’re new to it all, it can seem a bit too niche for comfort.

However, once you step into the traditional folk world, it’s incredibly welcoming and there’s so much to explore. With this podcast, I hope to help people take that first step.

Why ‘The Old Songs Podcast’?

One of the stories that most appealed to me when I was starting to read about the collectors of traditional songs came from George Gardiner, collecting in North Hampshire around 1906/07.

“Once I called on an old lady who was prepared for my visit. Unfortunately, someone else answered the door, and when I spoke of old songs the answer was, ‘We don’t want old songs. We have no money to give for old songs. We really don’t require any today.’” – George Gardiner

While the words “no money to give for old songs” resonated on a number of levels, I particularly liked the idea that “The Old Songs” were already old over 100 years ago, and even then people didn’t really have a good grasp of what “the old songs” might mean.

Hence, “The Old Songs Podcast”. I hope you enjoy it.

A full list of The Old Songs Podcast episodes

The Old Songs Podcast was launched in January, 2020. Each episode looks at a traditional song (or song deeply related to traditional music) and dissects it in geek-level detail. It is hosted by traditional folk singer, researcher and writer, Jon Wilks, in conversation with well-known and much-loved singers who have a particular attachment to the specific song in discussion.

Here’s a list of everyone who has been on the Old Songs Podcast so far. Clicking on each title below will take you to the song page, where you can listen in full.