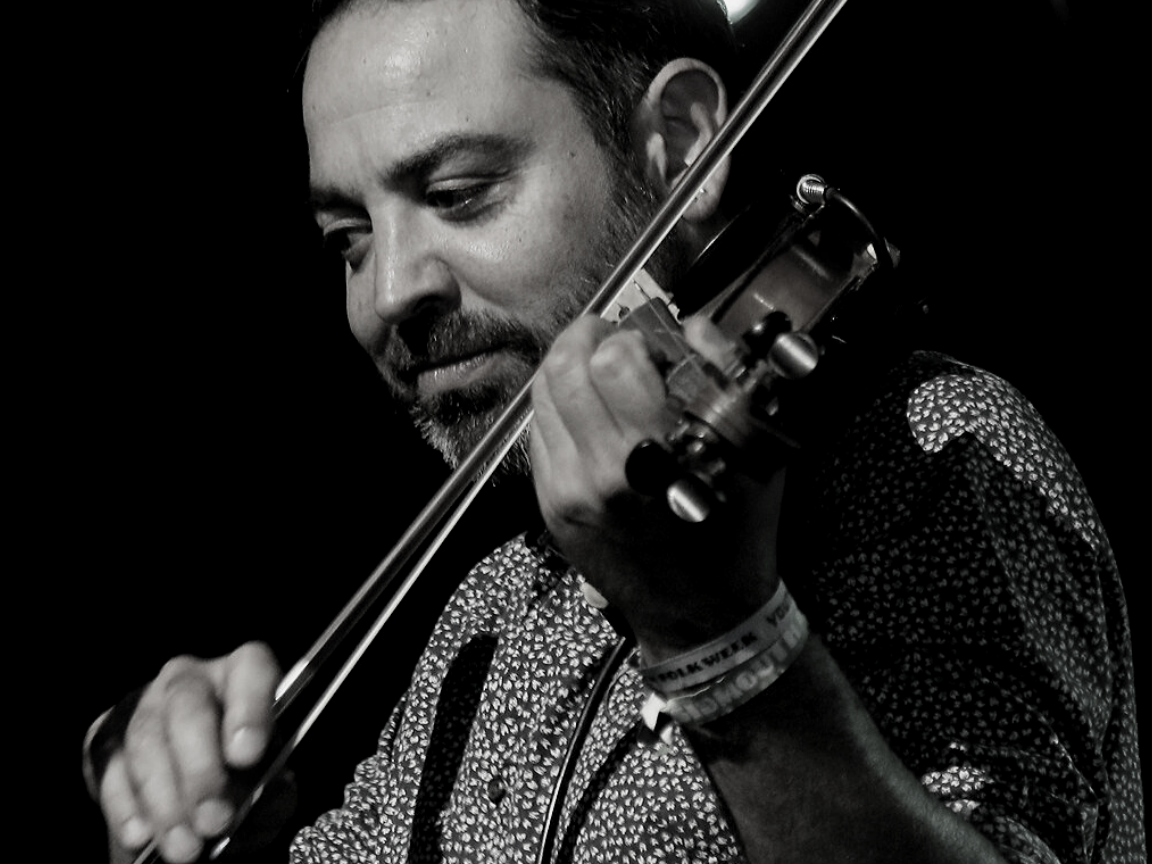 I didn’t have to travel far to meet this week’s guest, my friend, kinda neighbour and fellow Whitchurch Folk Club organiser, Paul Sartin. In the wider folk world he’s probably best known as a member of Faustus, Belshazzar’s Feast and, or course, a former member of Bellowhead.

But it’s Paul’s encyclopaedic knowledge of traditional folk music, and, in particular, songs from in-and-around Hampshire, that make episode 5 of The Old Songs Podcast particularly special. Regular listeners will notice that we’ve returned to a few topics we’ve already covered, and we re-meet characters that have cropped up before, but it’s so worth it when you’re with someone as scholarly as Paul.

In particular, it’s his knowledge of the folk song collecting process that took place close to 120 years ago. As a direct ancestor to Edith Sartin and Marina Russell, two particularly noted source singers, Paul has spent a lot of time looking at the biographical detail of these people and what these songs meant to them.

While we’re ostensibly discussing ‘An Acre of Land’, the song allows us to touch on a variety of other old songs. In the course of this episode you’ll hear performances from Eliza Carthy & the Gift Band, PJ Harvey, Martin Carthy, Cohen Braithwaite-Kilcoyne, Tom Newman, Spiers & Boden, and, of course, the mighty Faustus.

Here, then, is my friend and yours – Paul Sartin, freshly dosed on good coffee, hoeing down hard on ‘An Acre of Land’.

Who featured in this ‘An Acre of Land’ podcast?

A quick recap of the songs you’ve just heard. Clicking on the links below will take you to places to buy the songs.

The podcast opened with ‘An Acre of Land’, performed by Faustus on their eponymous album.

You heard Eliza Carthy & The Gift Band taking on ‘The Elfin Knight’, which appeared on the Anchor album.

PJ Harvey sang ‘Acre of Land’ with Harry Escott on a standalone single.

You heard Martin Carthy’s seminal performance of ‘Scarborough Fair’ from his debut album.

The source singer you heard was Tom Newman, singing ‘All For Me Grog’ or ‘My Old Hat That I Got On’ to Mike Yates. For more on this song, see my blog post.

Spiers and Boden performed ‘The Quaker / Brighton Camp’ on their Through and Through collection.

And the two songs you heard from Faustus were, of course, ‘An Acre of Land’ and a clip of ‘Next Stop: Grimsby’ (which I mistakenly called ‘Last Stop: Grimsby’ – my apologies, both from their Faustus album (see the link above).

That’s all for this week’s episode. See you in a couple of weeks with… well, you’ll have to wait and see. So many people to speak to, so little time!