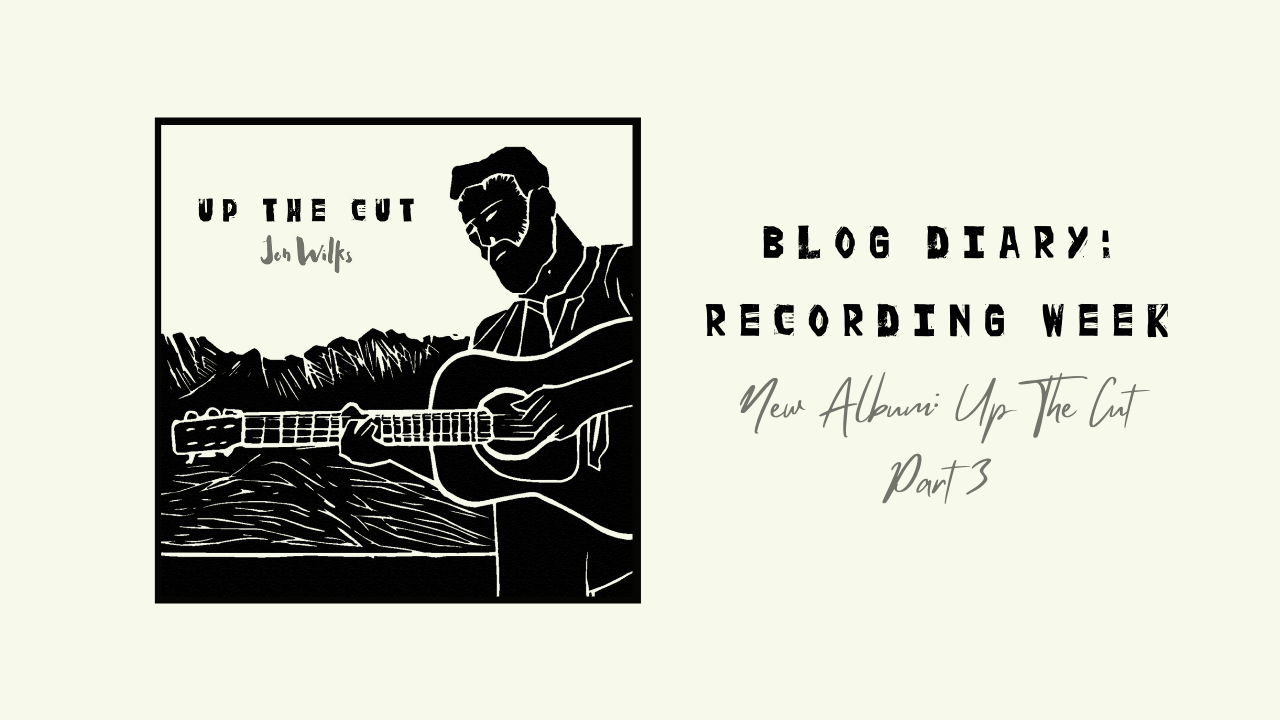 We were back in the studio at 9:30am this morning, following a brief walk and a hearty plate of scrambled eggs and smoked salmon courtesy of Tom’s mum, Angela. His dad, Martin, regaled me with tales of his childhood growing up in a pub in Snape where many traditional singers would perform. He bemoaned the second folk revival, recalling how these singers had been taken from the pub by well-meaning, scholarly folkies who took them off to sing in these newfangled folk clubs. They didn’t come back, realising that they could be paid to sing for an audience. The communal singsongs died off, eventually replaced by country and western bands that obviously didn’t encourage joining in.

First up was ‘How Five And Twenty Shillings Were Expended In A Week’ [Roud V1598], a really bubbly song, although I can’t say it went down easily. It’s a looooong song, requiring a fair amount of character for each of the many verses. We returned to it again later in the day, and I think we got it down well enough. Again, this is one that I’ve done on Youtube and in Zoom concerts previously. I’m not aware of anyone having recorded it ever before, so I was keen to breathe life into it.

This is where Tom Moore demonstrated his vast worth as a producer. He has the perfect “bedside manner” when it comes to a situation like this. In not getting the first song of the day down well, my confidence quickly started to wain. Tom was encouraging enough to make sure I didn’t slip beneath the surface entirely, but also ready with constructive criticism that helped me get a better idea of what could be done with the song. I saw these skills at work again and again throughout this second day. It’s a real balancing act, and a real talent. Having always worked on my own, I suddenly appreciated why you’d hire someone like Tom. Very highly recommended.

This was a day of “difficult songs”. I had three big ballads I wanted to get done, and I knew time was running short. We must’ve taken 90 minutes to get ‘The Lover’s Ghost’ [Roud 179] down, mainly because it’s another one with tonnes of verses, but also with quite an intricate guitar arrangement and quite a broad vocal range. I quickly lost track of the number of takes we went for, but we got there in the end. The proof will be in the mixing tomorrow.

The same can be said of our return ‘The Cruel Mother’ [Roud 9]. This is such a delicate song, and there’s so much sensitivity to the lyrics. I can only hope I did it justice. I won’t be convinced until I’ve heard the final mixes. Short of recording it again and again (grinding it into the ground each time), I’m not sure what else I can do. Hopefully it’s just something I’m being too self-critical about, and it’ll hit the mark for other listeners. Fingers crossed. This is my least confident recording on the album.

We went back to ‘Little Grey Oss’ [Roud 393] after lunch, doing away with the big flourish in the intro and dropping the key at Tom’s suggestion. It’s funny what that can do. Sliding from the key of F to the key of E, the song went from a slightly desperate attempt at frivolity to something a bit more stately and story-led. It’s a great example of a song arriving in the studio, after months of rehearsal, and being transformed in a matter of seconds by an encouraging, experienced producer.

However, the best example of that was saved until last. We spent two hours playing with ‘The Stowaway’ [Roud 6341], a song that has remained untouched (as far as I know) since George Dunn was recorded singing it in the early 70s. It’s a slightly overwrought story of a boy who rescued himself from being hurled overboard by telling the clear-eyed truth, but the tune and the emotion in the song feel really honest and appealing.

I had the idea of doing it in standard tuning, strummed with a capo on the 6th fret with the sound of Dylan’s early recordings in mind. We tried it like that, breaking from this album’s norm and doing it as a guitar track with a vocal overdub. It didn’t work. As Tom said, it felt like it belonged to an entirely different album. So we put the guitar into a CGCGCD tuning (common to the rest of this session’s recordings) and left it un-capoed for a big, clanging strumming sound. Again, no luck. This time it felt like I was imitating Nic Jones on ‘The Humpback Whale’.

In Tom’s opinion, the problem lay in the fact that I was suddenly strumming on what had been, to this point, a fingerpicking album. More importantly, he pointed out that the strumming forced me to “sing out” – in other words, to push my voice and strain to be heard. This meant that any of the tender emotion of the lyrics was lost in the “big” performance. In truth, I’d been concerned about this song for a while, not really being able to put my finger on what was bugging me and hoping that if I rehearsed it enough, all would be fine in the studio. Again, Tom’s experience meant that he was able to spot the problem and articulate it very quickly indeed.

So he went for a wander and left me with instructions to find a fingerpicking way to do it. I had to come up with something on the spot. I started improvising until I settled on something that’s perhaps a bit more American in fingerpicking style than I usually play, but it seemed to work. We continued to warm it up over six or seven takes, and it’s amazing to listen back to how quickly it evolved. By take five, it was fairly fully formed but quite loose and rambling. By take seven, it was structured, gently rolling and – I think – exactly what was required. (I should add that I thought I was done at take five, but Tom felt there was more to come. Once again, a huge nod to a great producer.)

Lasagne for dinner, once again rustled up by Tom’s mum, plus a few drinks and some great conversation. I’m heading to bed feeling that we have something really promising in the can.

Categories:Folk music writing Up The Cut