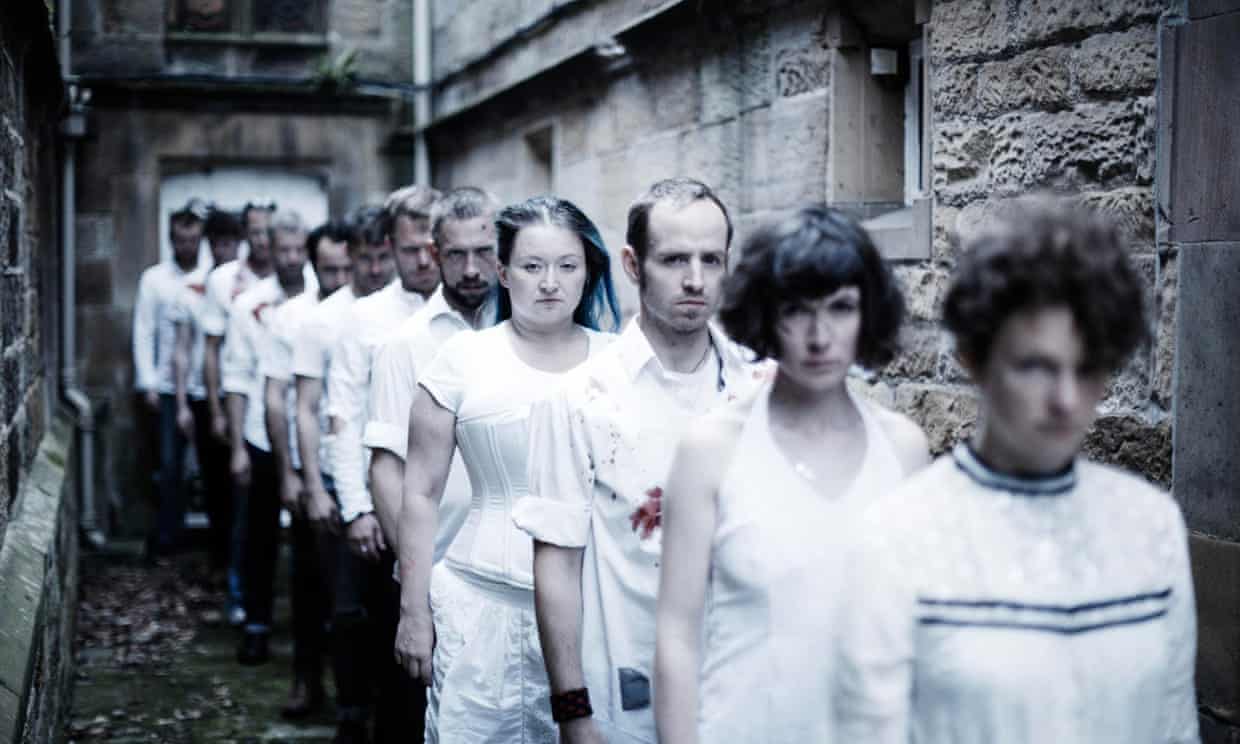 There’s a sense among reviewers of Big Machine, Eliza Carthy’s new album on Topic Records, that this collection marks the artist’s coming of age moment. I’m not sure how she must feel about that herself. I imagine she’s lost count of the number of times people have said that of her latest albums over the years. From Anglicana through Dreams of Breathing Underwater and ever-onward, Eliza Carthy must’ve come of age more times than her years naturally allow.

In some ways it’s not terribly surprising. There are several in her generation of folk singers and performers that can be said to be the progeny of one folk lineage or another, but Eliza is the only one that represents the joining of two of the most significant names in the genre. Expectations are perhaps always going to be higher here than for most. It must be quite a drag.

All that said, I’m going to jump wholeheartedly on the bandwagon, nail my colours to the mast and join the chorus. This is a wonderful album in and of itself, and it entirely deserves the great reviews it has been getting. There’s a cohesiveness here that makes it a joy to spend time with, and if I gave stars on this website I’d slap up a 5 and get straight back to listening.

The big-band setup that Eliza has been using at festival dates in recent years provides her with a robust live sound, faithfully reproduced here by producer Jim Sutherland. You read about albums that are made while the live band is ‘hot’ from gigging, and you get the sense that the Wayward Band made Big Machine almost as soon as they stepped from the stage. There will be inevitable comparisons with the original folk big-band, Bellowhead (at least one of whom appears here), but there’s a gritty difference that’s hard to put a finger on. The Wayward Band have a sassiness about them that perhaps stems from their lead singer, whose vocals and fiddle playing have never been short of a passionate earthiness. It’s almost a Beatles vs Stones thing – trained virtuosos vs the call of the wild (!!) – with Eliza in the rather improbably role of Mick Jagger (which I’m sure he wouldn’t mind – he never needed asking twice to dress up in a frock).

There are standouts throughout the album, but the tracks that have programmed themselves into my own internal playlist include “Fade & Fall (Love Not)”, which may well be Carthy’s bid for the next Bond theme, “The Fitter’s Song”, infusing Ewan Maccoll with a lairy bluesiness that would be as fitting on the West End stage as it would in a barrelhouse, “Hug You Like a Mountain”, which appears to pull Teddy Thompson in from the Wild West for a throaty duet, and “Great Grey Back”, which has been a part of her set for sometime, originally appearing on the Wayward Daughter collection.

That’s not to say there’s anything wrong with the other tracks, of course – I could equally have picked out “Devil in the Woman”, which the singer apparently found during a folksong-digging excursion to Chetham Library in Manchester, the barnstorming “Jack Warrell’s (Excerpt) – Love Lane”, and Carthy’s own “You Know Me”, in which she takes on the refugee crisis, ably assisted by MC Dizraeli. And when all the picking’s done, I’ve barely anything left to chuck aside. It’s one of those rare and lovely albums that demands to be listened to as a whole.

Having done exactly that time and time again over the last couple of weeks, there’s one semi-serious question that I feel I ought to ask of this album and its creators. The cohesive nature of this album, coupled with the way it plays to the strength of an ensemble, makes it sound at times as though it was made for stage. Given that Peter Bellamy’s The Transports is already garnering rave reviews as it wends its way around theatres across the country, might it be the perfect time for someone to step up construct a narrative around Big Machine? Folk operas are in. You read it here first.