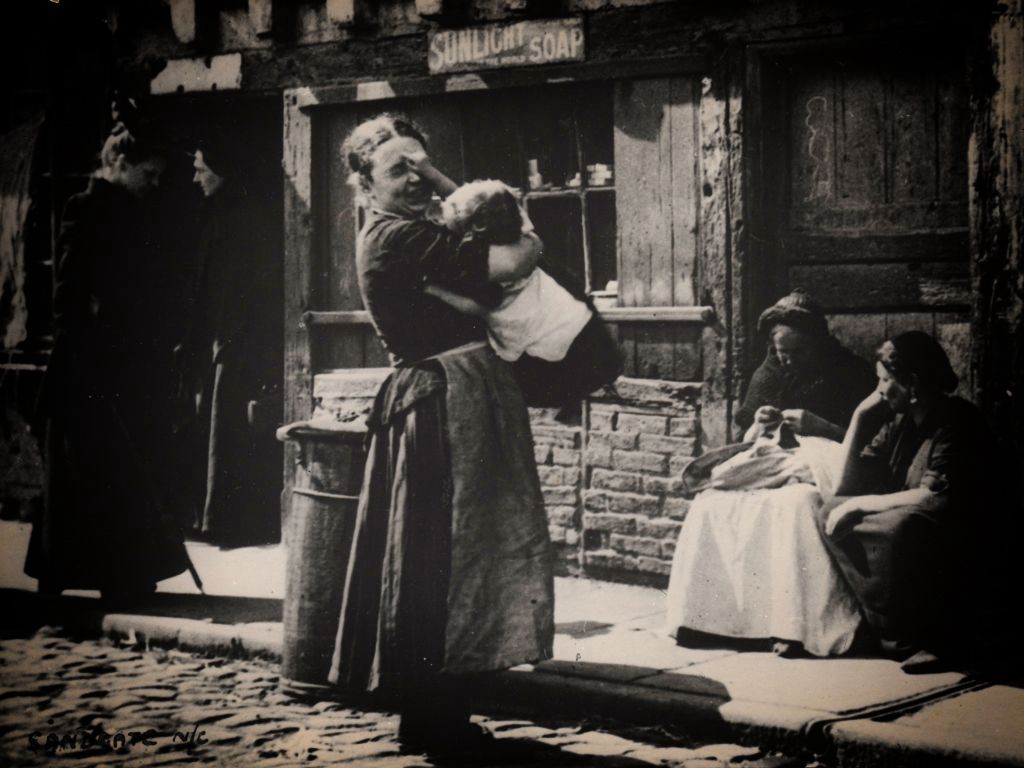 There’s no rhyme or reason involved in the selection of songs for the Folk from the Attic section of this website – they’re selected simply because they’ve managed to get under my skin and I’ve subsequently found myself compelled to learn more about them. This week’s song got under my skin around 35 (ish) years ago when, as a toddler, my mother sang it to me regularly enough that it has been stuck in my head ever since. It’s only in the months since I started this blog that I began to wonder whether it might be a folk song. And so I began investigating…

I only recalled a single verse, but it was enough to start a Google search and a bit of a journey. My mum, being from Liverpool, knew it in its Scouse form…

…and that’s all I ever knew. As with many English nursery rhymes, it’s a dark song that warns the child away from unwanted behaviour. In this day and age you might be tempted to call the social services if you heard a mother singing these lyrics to her child, but apparently it was acceptable enough in Liverpool to become known city-wide. Ours is not to reason why.

While it was well known by the Liverpool folk, it wasn’t a traditional folk song, having been written by Stan Kelly (or Stan Kelly-Bootle as he was known locally). Indeed, it became a nationwide hit in the mid-60s, recorded by the Ian Campbell Folk Group, Cilla Black and Shirley Collins, among others, and it can be found on several other folk websites referred to as, “that god-awful Liverpudlian tune.” Each to their own.

It was from these other folk websites that I began to find out more. Far be it from me to suggest that Mr Kelly-Bootle was of a thieving nature, but it didn’t take me long to discover that his ‘Liverpool Lullaby’ bore a striking resemblance to Robert Nunn’s ‘Sandgate Dandling Song’ (sometimes known simply as ‘The Sandgate Dandling’, or ‘Sandgate Wife’s Nurse Song’) in both tune and lyrical content. But there were differences, and – as is commonly the way – things began to get increasingly menacing the nearer they get to Newcastle.

While Kelly-Bootle’s words are humorous but stern, the lyrics to Nunn’s song are humourless and grim, to say the least. They eavesdrop on a desperate mother comforting her bairn while at the same time warning him to play the game when daddy is around. Daddy – a young keelsman named Johnny – is a brute who drinks away the family income and threatens to stab his wife when drunk. She seems caught between being besotted by him and fearing his vicious side, and as she rocks her baby to sleep she instructs the child on how best to appeal to his daddy’s violent emotional instability.

Robert Nunn was, by all accounts, a hearty, happy man who – having lost his eyes and some of his fingers in a roofing accident early in his life – made his living by writing songs and playing them at parties. Contemporary reports say that “No party of the kind was considered complete without ‘Bobby’ and his fiddle,” and he was apparently known to perform more coarse songs riddled with innuendo the drunker he became. He also wrote songs that suggested he had a fulfilling and joyous home life, so quite where the sinister ‘Sandgate Dandling’ came from is something of a mystery. It should be added, however, that the tune wasn’t entirely his either, having originally been adapted from a traditional Tyneside tune called ‘Dolliah’. (So it is a folk song after all. Glad that’s sorted.)

In the course of learning this song, I found myself mixing lyrics from both the ‘Sandgate Dandling’ and the ‘Liverpool Lullaby’ – bringing them together, as it were, to create something even darker and more foreboding (forgive me). For any fingerpicking readers out there, I’m playing it in clawhammer style with a drop-D tuning. I hope it doesn’t give you unpleasant dreams.

Though you’re the first, you’re not the last
I mean to have my babies fast
And when this happy time is past
Will I still love my Johnny?
But when Johnny’s drunk he’ll take the knife
And threaten sore to end my life
Who wouldn’t be a keelsman’s wife
To have a man like Johnny