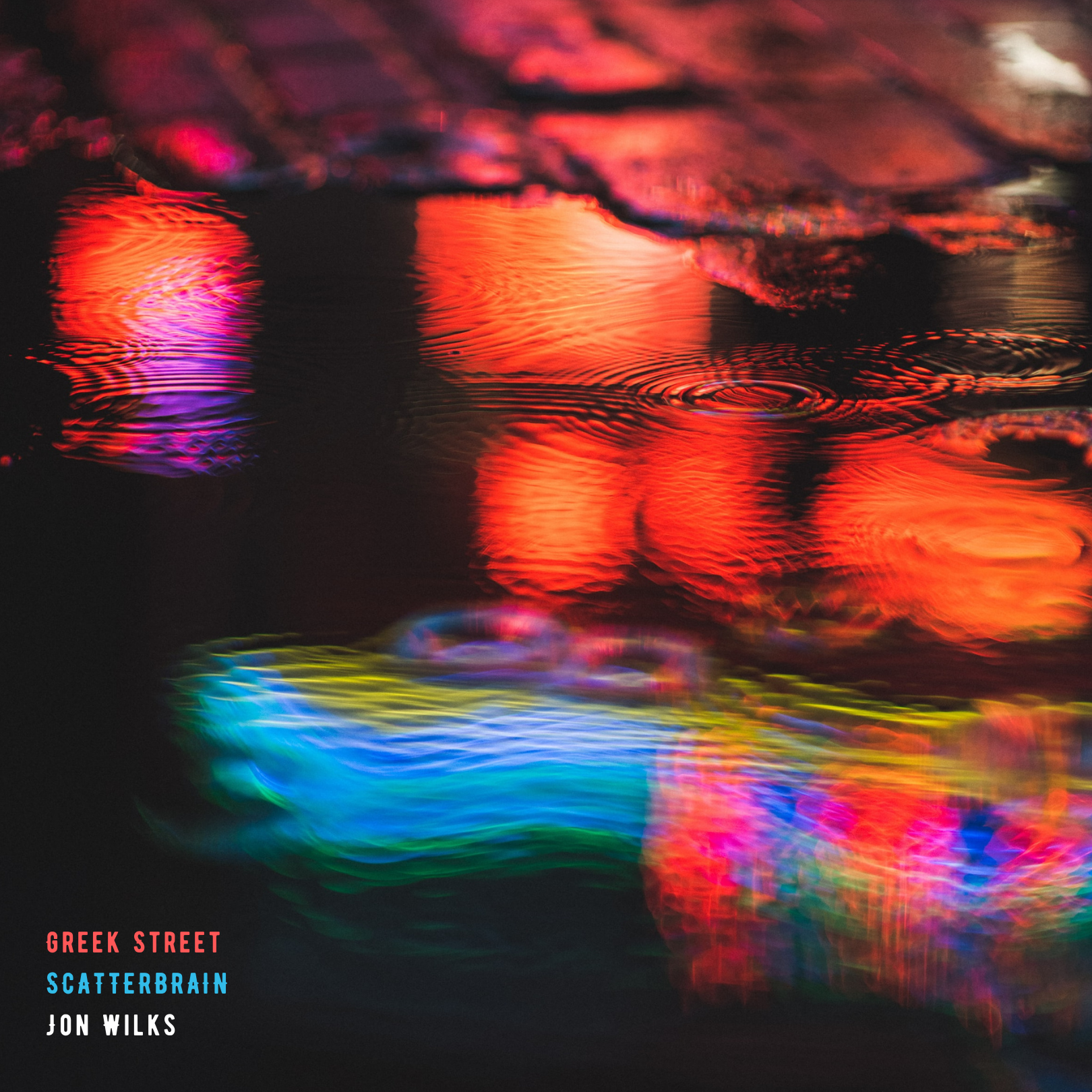 Today is release day for my new single, “Greek Street”, backed by the guitar instrumental, “Scatterbrain”. I recorded this with my friends Lukas Drinkwater and Jon Nice shortly after we worked with Katherine Priddy on our Nick Drake project at the beginning of lockdown. These two tracks sat on my computer hard drive for over a year, waiting for me to work out what to do with them. In the end, I thought I’d put them out there and see what they get up to.

“Greek Street” is all about nostalgia. In the mid-90s, I spent quite a bit of time on that Soho thoroughfare, hanging out with people that meant the world to me at the time, though I haven’t seen them now in decades. The song remembers, with poetic license, a particular year when I was 19, and a particular relationship that shot by in the blink of an eye, but seemed to be the be-all and end-all at the time. We’ve all had them, I’m sure.

It’s a pleasant coincidence that Greek Street was also home to many of the 1960s folk clubs, such as Les Cousins, 25 years before I was there. I think this song has an undeniable Bert Jansch influence (as does the b-side), so the two decades definitely collide here. (While Martin Carthy, Nic Jones and Martin Simpson are probably my biggest influences in terms of arranging traditional music, Bert Jansch was the first fingerpicker I heard that made me want to put down my electric guitar and focus entirely on improving my acoustic skills. He’s kind of where it starts, for me.)

“Scatterbrain” was a demo that I couldn’t find words to. I asked Lukas to play double bass on it, thinking I’d get to the lyrics later. As soon as I heard the playback, though, I knew it sat perfectly alongside “Greek Street” as a kind of Jansch-esque tribute. For a while afterwards I wondered if we might make an album out of these tracks, but – alas – work took over and I think that idea may have been a bit too much to handle. Maybe in the future. Maybe once I’ve retired.

You can hear/download “Greek Street” by clicking this link. I hope you enjoy it.

‘Twas there I spied a maiden
With glitter in her hair
And it fell in shards of crimson
And it lit the morning air
She’s teetered on her platform heels
And scaffolded my mind
Me, without a hard-hat on
Just begging to be fined

So we took a bus to Lewisham
Where her mother had a place
And against the kitchen sideboard
Well, I kissed her on the face
And on a Swedish packing bed
I kissed her naked breast
And it wasn’t ’til the midnight moon
We stopped to take a rest